Spoiler: The Chinese communist regime has done what was expected. The security law which was designed to crush all opposition and human rights activists in Hong Kong, has been introduced. Soon to follow are mass arrests, torture, and murder according to communist traditions.

Within hours after the law entered into force, a man holding a flag with the text “Independence for Hong Kong” was arrested. He violated the law which makes it illegal to demand independence for Hong Kong from Communist China. Later, some 30 activists were arrested, and others were attacked by the police forces with water cannons.

As I briefly wrote in this post, the new law makes “crimes” of subversion, terrorism and co-operation with foreigners punishable by a minimum sentence of three years. But previous experience of the Chinese “judicial” system tells us that maximum punishment of life sentences are more likely. To make sure that the Hong Kong authorities implement in a satisfactorily way, Beijing has set up a security office in Hong Kong. The office is staffed with communist China’s own people who are not accountable to Hong Kong’s jurisdiction. That means that they can carry out any illegal acts Beijing deems necessary.

Similarly to the Russian legislation, also the Chinese security law is vague. That means that “subversion” and “terrorism” Whatever it means, “inciting hatred” of China’s central government and Hong Kong’s regional government are now offences. This is of course nothing but a gag law. Which can be violated by me by writing this post. If I should enter Hong Kong, I can be arrested and prosecuted according to Article 38 of this law. In a few years, a functional judiciary will be the obedient servants of the masters in Beijing making most trials kangaroo trials.

Silence will fall in Hong Kong

The purpose of the law is to silence all opposition and stop people from expression their views, either individually, in civil society organisations or as academics. And people have already begun to delete their social media accounts.

There will be silence both within and outside academia.

In response to communist regime’s violation of the Sino-British Joint Declaration, UK has offered around three million Hong Kong residents to settle in the UK and ultimately apply for citizenship. Unless the Chinese marches in with its army and prevents people from leaving we will witness a mass flight from Hong Kong. Those that remain will be silent.

And those who refuse to be silenced, will be imprisoned, tortured and killed.

Or imprisoned, tortured, and murdered. The increased Chinese pressure on Hong Kong authorities have resulted in an increased abuse of human rights. A few years ago, no one in Hong Kong had to fear to be tortured or killed for political reasons. Now, it has become increasingly dangerous to express what you think.  And it will be even worse in the future.

Those that won’t be silenced or flee face the risk of being tortured and murder by the communist regime.

This is awful for most of us but there is at least one guy who will be happy. 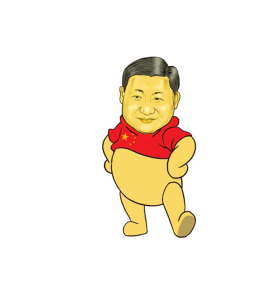 3 thoughts on “Freedom is crushed in Hong Kong.”